The charming and medieval city of Rovinj, eternal inspiration for romantic and artistic souls, will enchant you at first glance toward the town center, which still evokes the unique Venetian style. 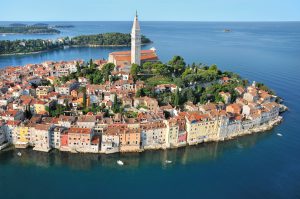 The charming and medieval city of Rovinj, eternal inspiration for romantic and artistic souls, will enchant you at first glance toward the town center, which still evokes the unique Venetian style. The city is located in the middle of the archipelago of 16 islands and islets, surrounded by as much as 67km long coast and the century-old park forests and green areas.

Rovinj is an open air museum whose life began on the former island of Mons Albanus. The first archaeological traces of life date back to the Bronze Age, and the old town began to develop in the 3rd century. In the early 18th century the city expanded beyond the city walls, the channel between the island and the mainland was filled in 1763. creating the today’s peninsula. The musical tradition of Rovinj is represented by the bitinada-original form of popular Rovinj folk song. The bitinada, according to tradition, arose among Rovinj fishermen who remained for hours in their batana’s to fish and to repair the nets. Having their hands always busy from work and can not play any instrument to follow the singing, they imitated the sounds of musical instruments with their voices. 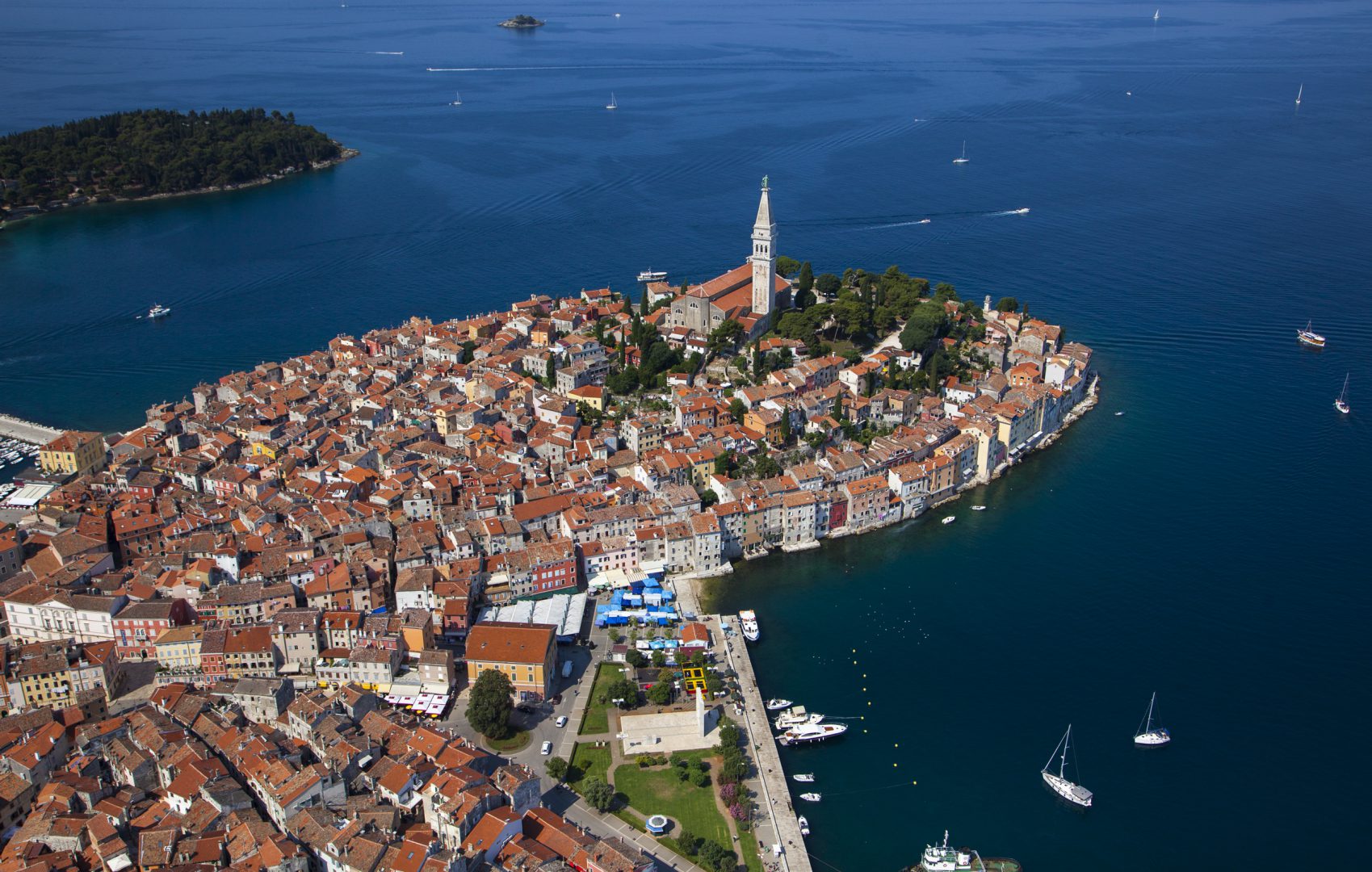 As you climb through the open air exhibition Grisia street towards the 60m high symbol of Rovinj, the bell tower of St. Euphemia Church-patroness of the city, you are marching toward the history core of Rovinj. We will discover you the legend of our patron St. Euphemia, strolling through the most beautiful city  places, from the Tower Clock, through the Arch of Balbi up to the Eco-museum “House of Batana” from where you can sail with the batana to Rovinj´s aquatorium. 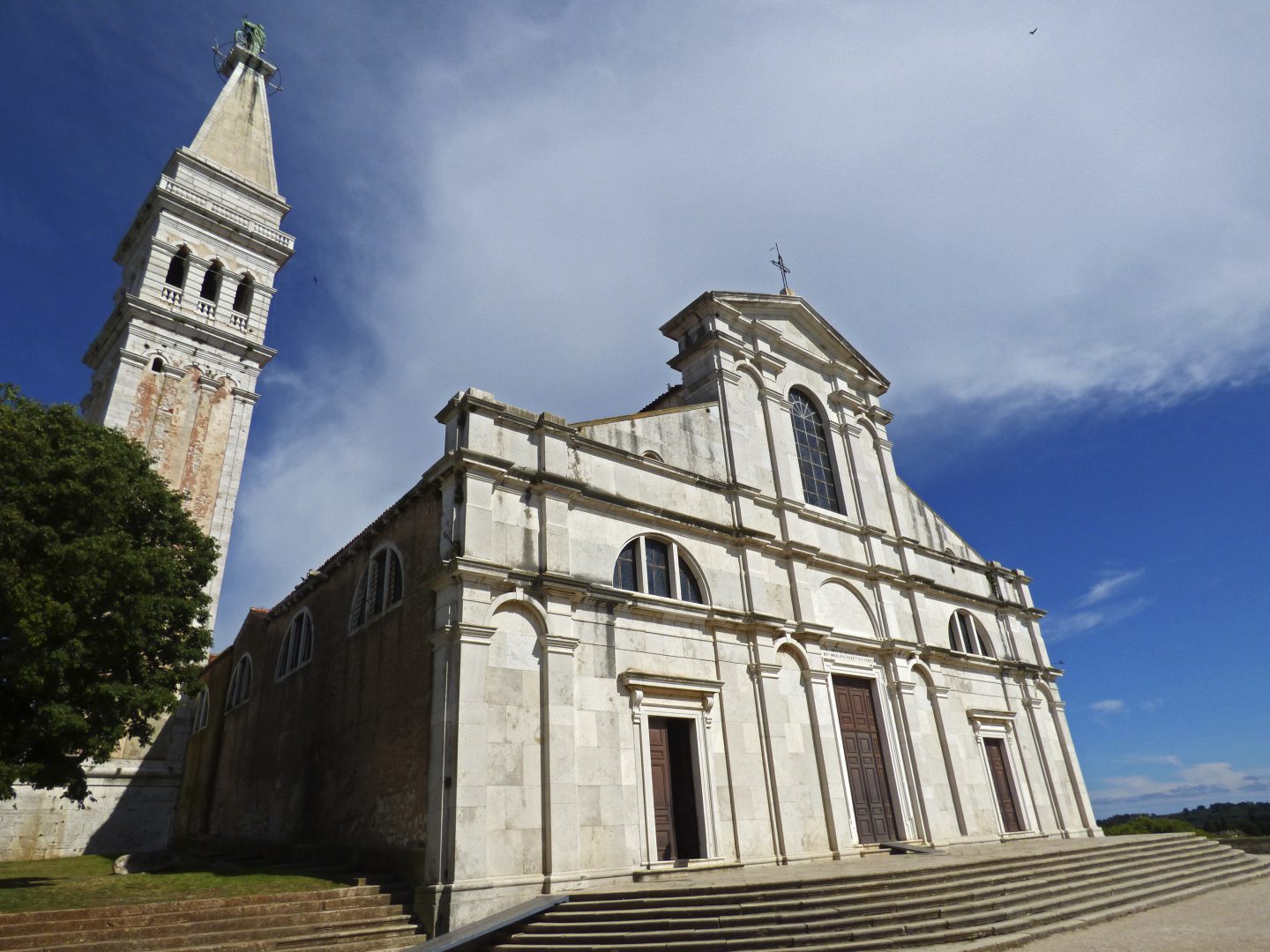 Rovinj has been always devoted to the sea, and the batana, fishing boat made of wood with a flat bottom, became its most recognizable symbol, preserving the century-old fishing tradition handed down through generations. Its traditional construction technique it’s been safeguarded as an intangible heritage of the Republic of Croatia, under the patronage of UNESCO.

We will be happy to take you for a visit  at the Eco-Museum “House of Batana” with multimedia exhibitions, exposure of fishing tools and accessories. In front of the Eco-museum, during the summer nights, you can enjoy the shipbuilding process of the batana, where traditional skills and caulking are re-created. During the week, visitors can enjoy the batana rowing trip around the peninsular of the old town’s centre, to Spacio Matika, traditional Rovinj’s tavern, where the Eco-museum’s gastronomic-musical evenings continue by listening bitinada’s.  Rovinj regatta of traditional lug and lateen sail boats is held every June.

If you want to learn about Croatian modern art you must visit the Adris gallery which provides a systematic insight to works of the most famous Croatian modern painters from the first and the second half of the 20th century.

In the Rovinj Heritage Museum, housed in a Baroque palace that in the 17th and 18th century belonged to the Califfi counts, you will discover all about the history of the city.
All the archaeology lovers should visit the Moncodogno-Musego archaeological park, inhabited already in the 2000-1200 a.c. 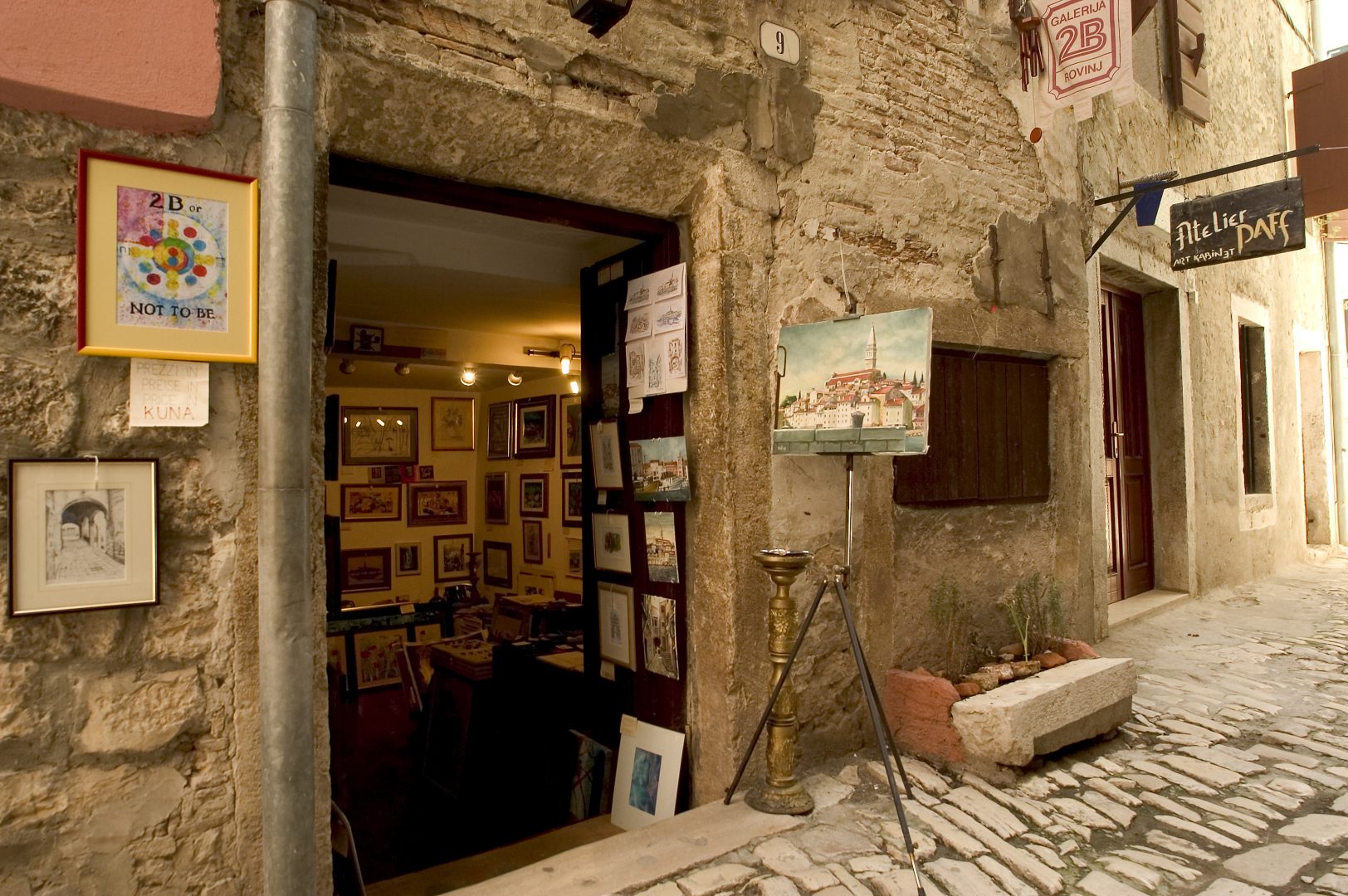